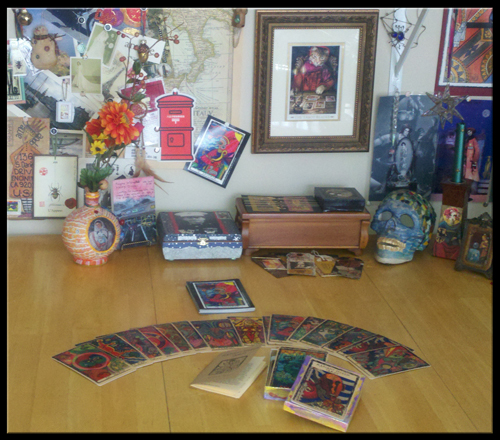 Eric K. Lerner is a respected reader who has explored Tarot archetypes for more than 30 years. He is a priest of Obatala and well practiced in the Yoruba System of Divination known as Dilogun. Mr. Lerner is an internationally recognized published author & artist who mainly concentrates on metaphysical themes. He lives near his art studio in Maryland where he experiments with various art mediums.